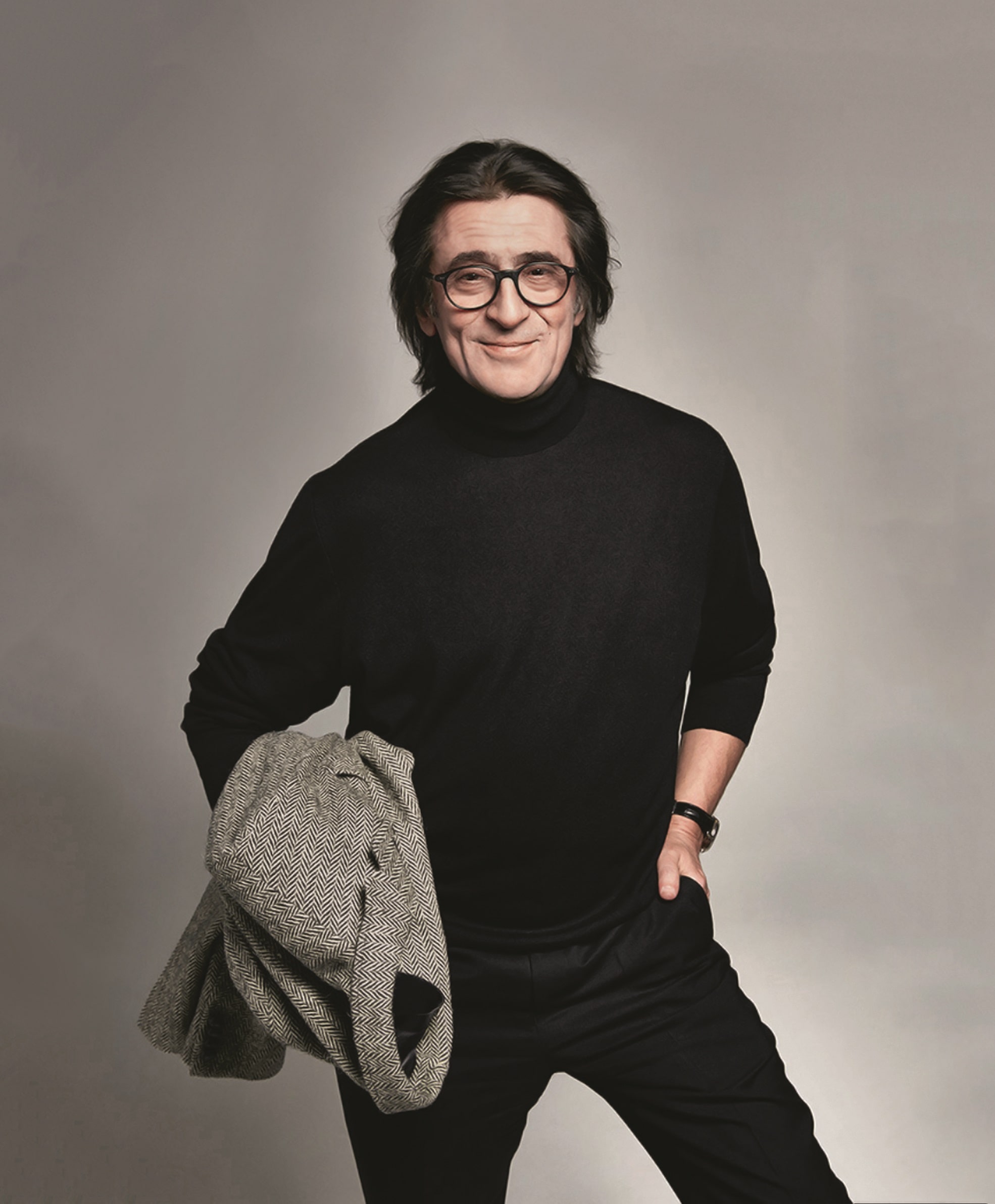 The closing concert of the »Russian Seasons« in Germany conveys the authentic sound of Russia. Yuri Bashmet and the Moscow Soloists Chamber Ensemble, formed by Bashmet in 2002, present a special programme on exquisite historical instruments. Alongside Peter Tchaikovsky’s ’’Souvenir de Florence’’, they will also perform two treasures from the lively Russian music scene of our time: Alfred Schnittke’s Trio Sonata (in Yuri Bashmet’s orchestration) and Kuzma Bodrov’s ‘’Reflections’’ on a Paganini theme.

The virtuoso performers are all highly gifted young graduates from the legendary Moscow Conservatory. They play valuable loan instruments from Russia’s State Collection of Musical Instruments, which was established exactly 100 years ago – among them masterpieces by Amati, Stradivarius, Guarneri and Bergonzi.

This concert is supported by ‘’Russian Seasons’’ in Germany and by the Ministry of Culture of the Russian Federation. 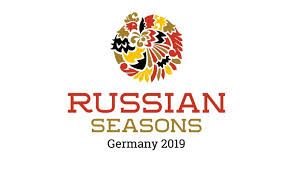 The virtuoso performers are all highly gifted young graduates from the legendary Moscow Conservatory. They play valuable loan instruments from Russia’s State Collection of Musical Instruments, which was established exactly 100 years ago – among them masterpieces by Amati, Stradivarius, Guarneri and Bergonzi.

This concert is supported by ‘’Russian Seasons’’ in Germany and by the Ministry of Culture of the Russian Federation. 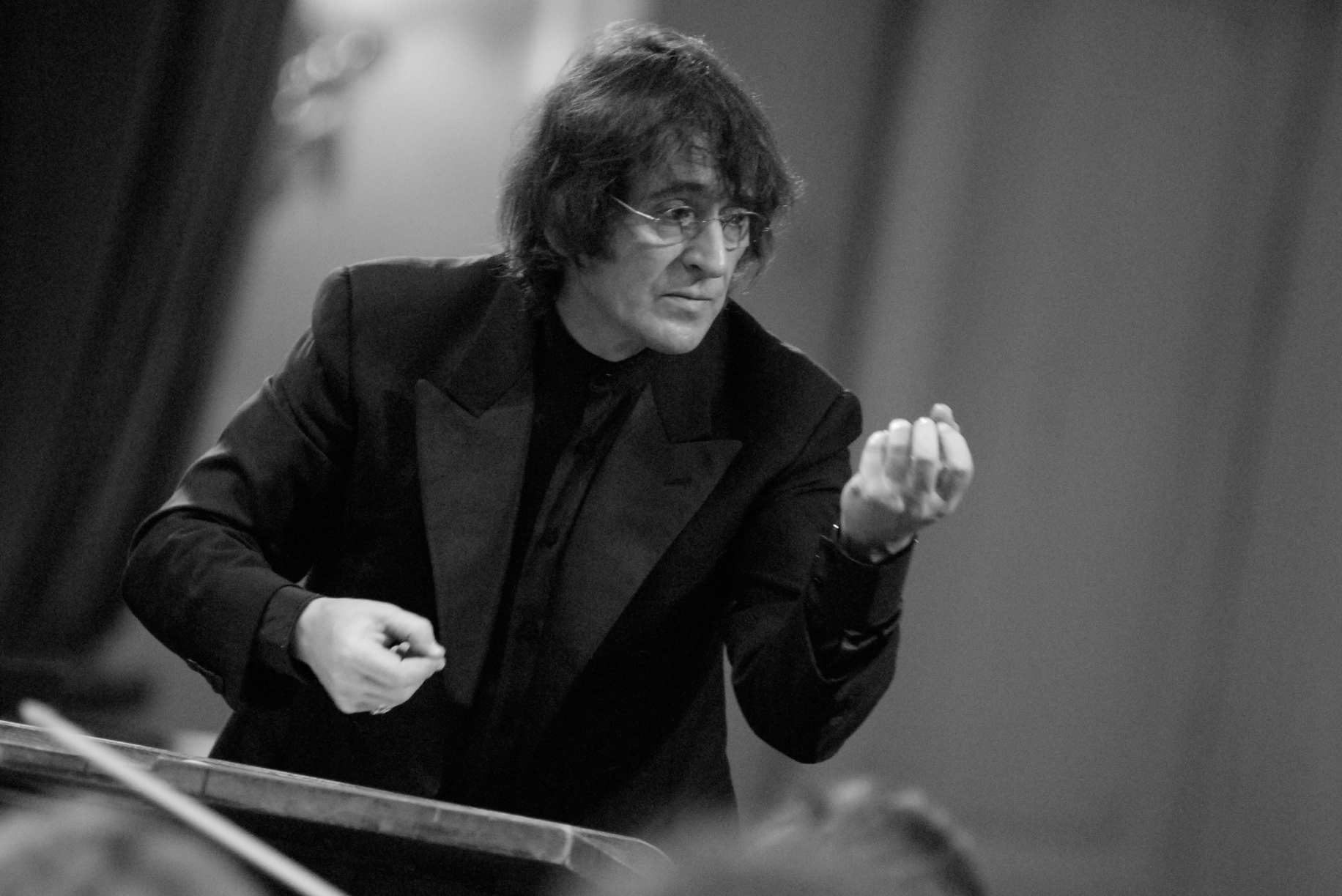 Yuri Bashmet, the pre-eminent viola player of our age, has given the viola a new prominence in musical life. With virtuosity, personality and intelligence, he has motivated leading composers of our time – such as Alfred Schnittke and Sofia Gubaidulina, with whom he enjoyed strong professional and
personal relationships – to expand the repertoire for his instrument significantly. Schnittke’s Viola Concerto, which was written for him, is now firmly established in the repertoire. Other concertos composed for Bashmet include works by Poul Ruders, Alexander Tchaikovsky and Alexander Raskatov. He has also given the world premieres of “Styx” by Giya Kancheli, “The Myrrh Bearer” by John Tavener and “On Opened Ground” by Mark-Anthony Turnage.

As Artistic Director of the December Nights Festival in Moscow, principal conductor of the Novaya Rossiya State Symphony Orchestra, and as founder/director of Moscow Soloists, Yuri Bashmet appears throughout the world in the triple role of soloist, conductor and artistic director. Born in 1953 in Rostov-on-Don in Russia, Bashmet spent his childhood in Lviv in Ukraine before studying at the Moscow Conservatory with Vadim Borisovsky and Feodor Druzhinin. His international career took off in 1976, when he won the International Viola Competition in Munich. Since then he has appeared with leading orchestras throughout the world, including the Berlin, Vienna, London and New York Philharmonic, Orchestras, the Boston and Chicago Symphony Orchestras, Orchestre Symphonique de Montréal, Royal Concertgebouw Orchestra, and the London Symphony Orchestra, which presented its own Yuri Bashmet Festival.
In December 2002, Bashmet became Principal Conductor of the newly formed Symphony Orchestra of New Russia, with whom he has embarked upon a series of concerts in Moscow and is planning to tour Russia, Italy, France and the UK. Other orchestras with whom he has appeared as conductor and soloist include the Brussels Philharmonic Orchestra, Camerata Salzburg, Dresdner Philharmoniker, Orchestra del Maggio Musicale Fiorentino, Orchestra Sinfonica di Milano Giuseppe Verdi, Orquesta

Ciudad de Granada, Tokyo Philharmonic, Royal Liverpool Philharmonic and Saint Paul Chamber Orchestra. Performances with his ensemble Moscow Soloists, which Bashmet founded in 1992, were rapturously received in Moscow, Amsterdam, Paris, Tokyo, New York and at the BBC Proms in London.
In chamber music projects, his closest collaborators have included Natalia Gutman, Gidon Kremer, Viktoria Mullova, Sviatoslav Richter, Mstislav Rostropovich, Maxim Vengerov and the Borodin Quartet. He also formed a highly successful trio with mezzo-soprano Angelika Kirchschlager and pianist Jean-Yves Thibaudet, showcasing music of the past and present for this unusual and evocative combination. Other recent chamber music projects include Beethoven trios with Anne Sophie Mutter and Lyn Harrell. He is a frequent visitor to the Verbier Festival and Martha Argerich’s festival in
Japan.

Among his many CDs is a recording for Deutsche Grammophon of the Gubaidulina Concerto and Kancheli “Styx”, winner of a Diapason d’Or award and a Grammy nomination. Other notable DG discs include Mozart’s Sinfonia Concertante with Anne-Sophie Mutter, Brahms’s Piano Quartet No 1 with Argerich, Kremer and Maisky, and Bartók’s Concerto with the Berliner Philharmoniker and Boulez. For Onyx, Bashmet and the Moscow Soloists have embarked on a critically-acclaimed series of recordings: chamber symphonies by Shostakovich, Sviridoc and Weinberg; music by Stravinsky and Prokofiev (which received a Grammy award); music by composers from the Far East, and a collection
of encores with pianist Mikhail Muntian.

Described by The Times as „without doubt, one of the world’s greatest living musicians”, Yuri Bashmet brings an enquiring and perceptive mind to life beyond classical music; he is an enthusiast
for the Beatles and Jimi Hendrix and has hosted his own political talk show on Russian television. He plays a 1758 Testore viola (a similar model to the one Mozart played), which he bought in 1971. 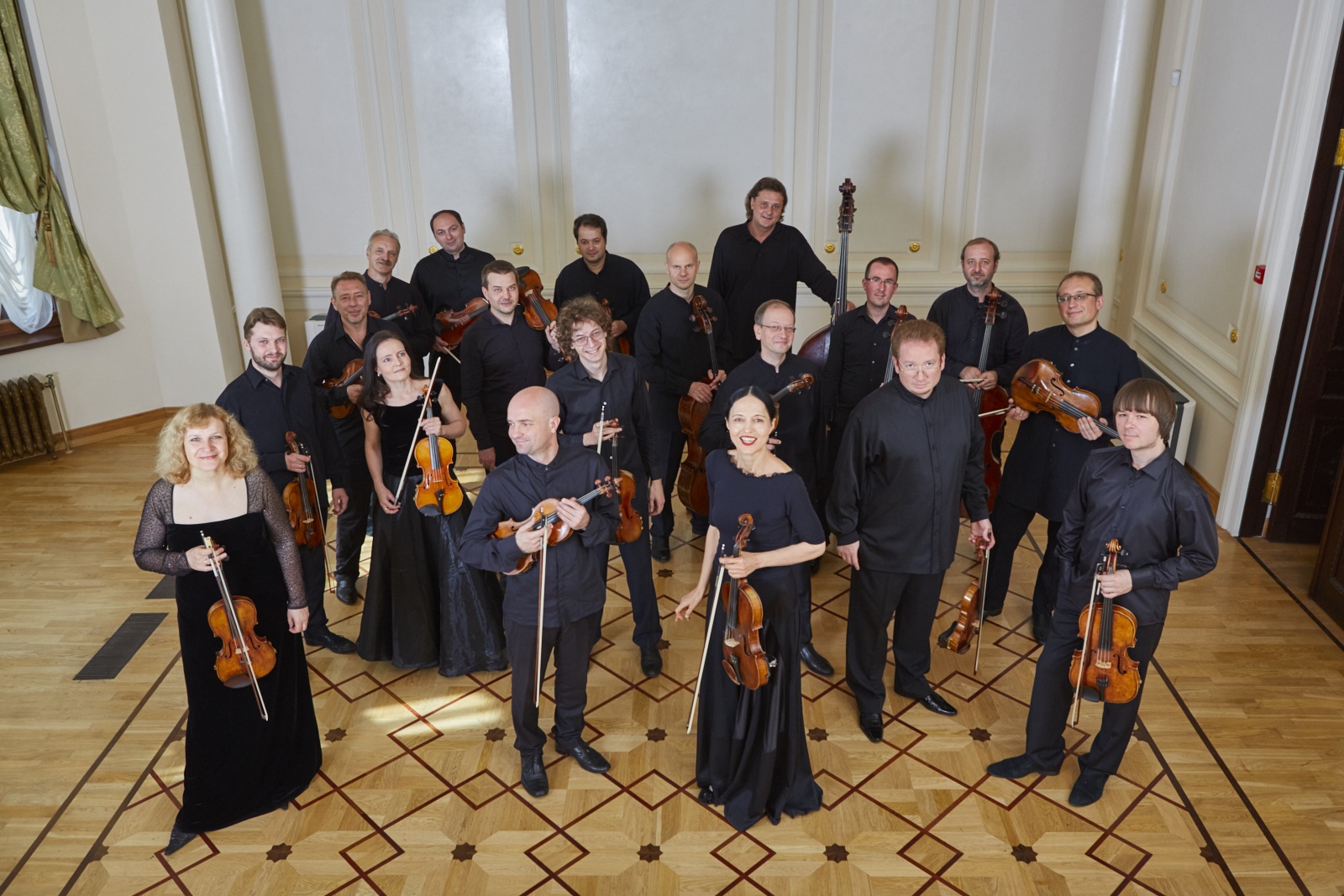 In 1992, Yuri Bashmet founded the Moscow Soloists Chamber Ensemble, a music group formed of highly talented young graduates and doctoral students of the Moscow Conservatory. Since then the ensemble has performed at many renowned venues such as Carnegie Hall New York, Concertgebouw Amsterdam, Suntory Hall Tokyo, Barbican London, Tivoli Copenhagen and Philharmonie Berlin.

In 2007, the Moscow Soloists together with Yuri Bashmet won a Grammy Award for their recording of music by Igor Stravinsky and Sergei Prokofiev and became the first Russian chamber ensemble ever to receive that coveted prize in its entire