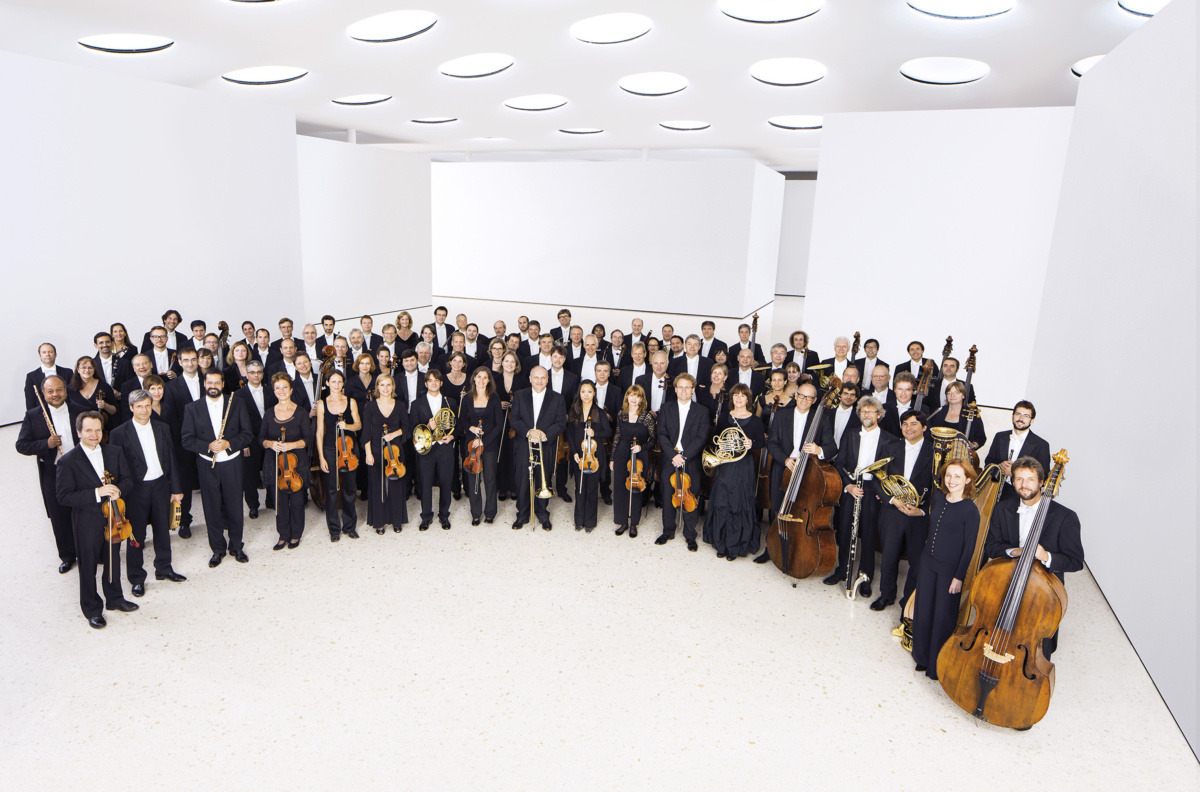 A journey through mesmerising soundscapes. In George Crumb’s »A Haunted Landscape«, the US-American takes the genre of night music to the extreme. This work is about enigmatic “places on planet earth that are permeated by an aura of the mysterious” and tell of ancient stories that shape our consciousness to this day. It is the grandeur of landscape and natural impressions that Crumb’s compatriot Augusta Read Thomas sublimely stages in her orchestral piece “Words of the Sea”. And »Réveil des oiseaux« by Frenchman Olivier Messiaen is composed, as it were, by nature itself. »Orion« by Claude Vivier, after all, refers with its very title to the entire universe, a perennial source of inspiration for the Canadian composer, who assumed that man’s »inner spaces« are a reflection of the universe.

“Réveil des oiseaux” is also a virtuoso piano concerto, performed by Pierre-Laurent Aimard, a master of the piano, whose playing was shaped as a child by an encounter with Messiaen himself. The work is based on genuine transcriptions of bird songs, which Messiaen venerated as divine messages. These enigmatic sounds, native to our planet long before man arrived, are subject of the concert opening talk with New York philosopher and musician David Rothenberg.

With this concert we launch our new concert series GREAT!CLSX, in which first-class European orchestras present masterpieces of the past century. As part of the events, we include talks by scholars and artists that refer to specific aspects of the respective programmes.

“Réveil des oiseaux” is also a virtuoso piano concerto, performed by Pierre-Laurent Aimard, a master of the piano, whose playing was shaped as a child by an encounter with Messiaen himself. The work is based on genuine transcriptions of bird songs, which Messiaen venerated as divine messages. These enigmatic sounds, native to our planet long before man arrived, are subject of the concert opening talk with New York philosopher and musician David Rothenberg.

With this concert we launch our new concert series GREAT!CLSX, in which first-class European orchestras present masterpieces of the past century. As part of the events, we include talks by scholars and artists that refer to specific aspects of the respective programmes. 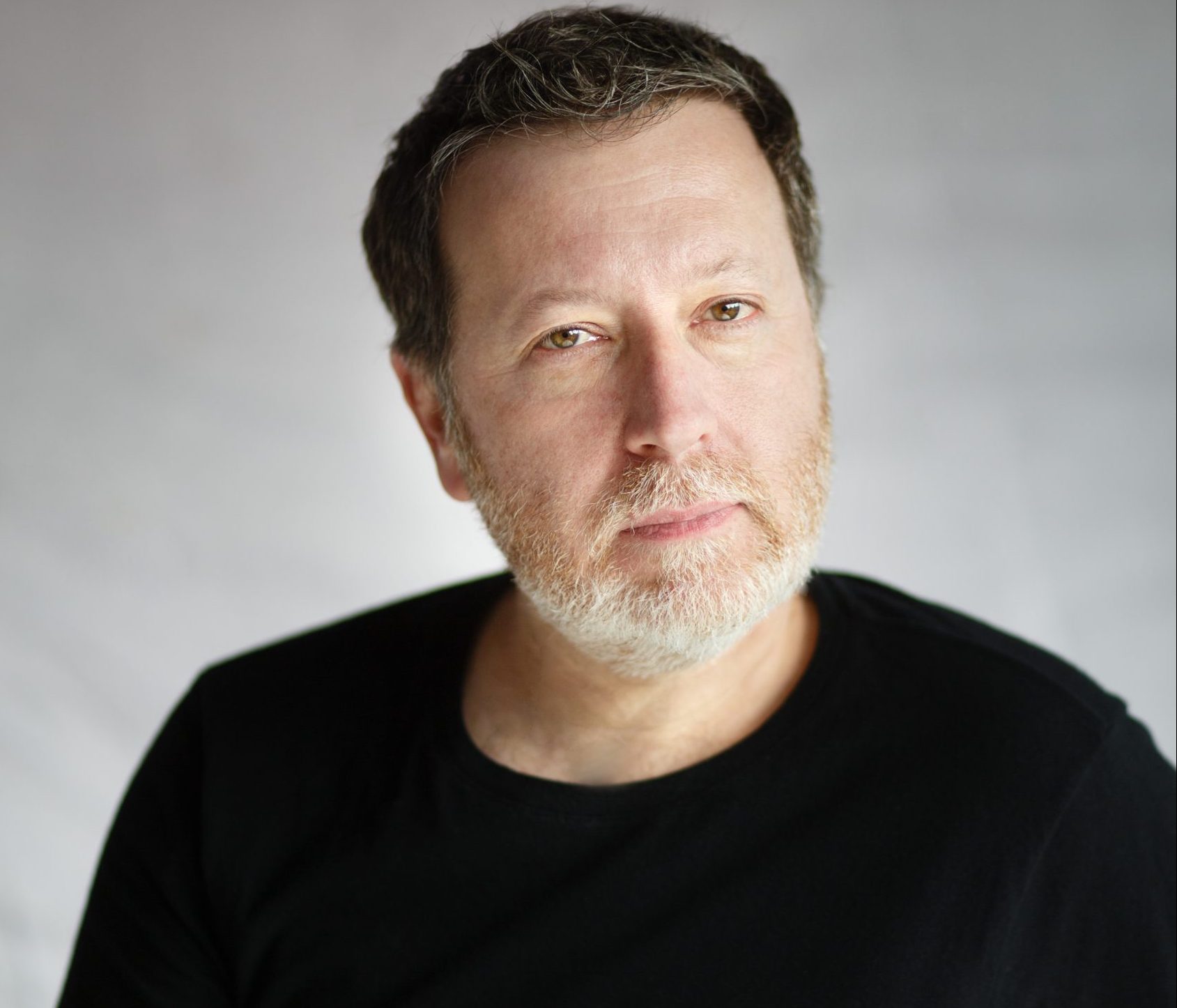 Brad Lubman, American conductor and composer, has gained widespread recognition for his versatility, commanding technique and insightful interpretations over the course of more than two decades. He is much in demand with major orchestras in Europe and the US and has been successful in building regular partnerships with several well-known orchestras and ensembles, including the Bavarian Radio Symphony Orchestra, NDR Elbphilharmonie Orchestra, WDR Symphony Orchestra and the Deutsches Symphonie-Orchester Berlin.

In addition, he has worked with some of the most important European and American ensembles for contemporary music, including the Ensemble Modern, London Sinfonietta, Klangforum Wien, Ensemble MusikFabrik, Ensemble Resonanz, Los Angeles Philharmonic New Music Group, and Steve Reich and Musicians.

Brad Lubman is also Professor of Conducting and Ensembles at the Eastman School of Music in Rochester, as well as on the faculty at the Bang on a Can Summer Institute.

He has recorded for harmonia mundi, Nonesuch, AEON, BMG/RCA, Kairos, Mode, NEOS, and Cantaloupe. In 2017, he was Composer in Residence at the Grafenegg Festival; his compositions have been performed by acclaimed ensembles such as the Tonkünstler Orchester Austria and musicians from the Los Angeles Philharmonic. 2020 featured the premiere of a new piece written for Rudolf Buchbinder, premiered at the Vienna Musikverein, which Buchbinder also recorded for Deutsche Grammophon. 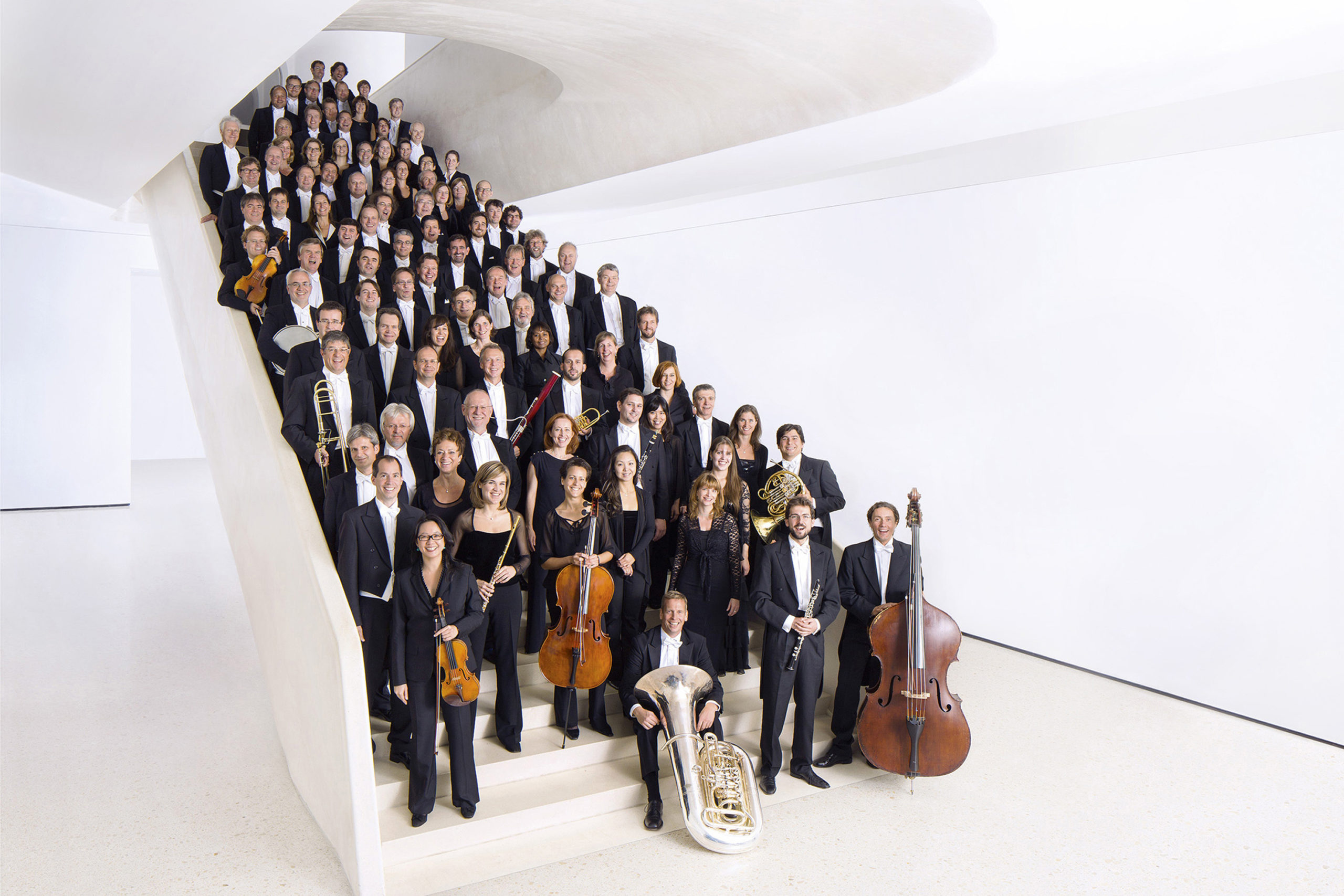 Founded in 1929 as one of the first radio symphony orchestras in Germany, the Frankfurt Radio Symphony (hr-Sinfonieorchester Frankfurt) has been one of the leading international Mahler and Bruckner orchestras since decades and today successfully negotiates the challenges of a modern topranking orchestra. Famed for its outstanding wind section, its powerful strings and its dynamic and sophisticated playing, the orchestra of the Hessischer Rundfunk (German Public Radio of Hesse) together with its new Music Director Alain Altinoglu is associated with musical excellence but also with an interesting and varied repertoire.

With innovative new concert formats, highly acclaimed CD productions and digital offerings, regular appearances in music capitals such as Vienna, Salzburg, Madrid and Paris as well as regular tours to Asia, the Frankfurt Radio Symphony underlines its prominent position within the European orchestral landscape and has an outstanding reputation worldwide.

Known for its groundbreaking world premiere recordings of the original versions of Bruckner’s symphonies and the first complete digital recording of all Mahler symphonies, the Frankfurt Radio Symphony established a tradition in the interpretation of Romantic literature, which radiated from the longtime Music Director and current Honorary Conductor Eliahu Inbal to his successors Dmitri Kitaenko and Hugh Wolff, and on to the era of today’s Conductor Laureate Paavo Järvi and to Music Director Andrés Orozco-Estrada, who last led the orchestra for seven years with great success.

Pierre-Laurent Aimard is widely acclaimed as a key figure in the music of our time and has had close collaborations with many leading composers including György Ligeti whose complete works for piano he has recorded. He has also worked with Stockhausen, George Benjamin, and Pierre Boulez who appointed Aimard, aged 19, to become the Ensemble intercontemporain´s first solo pianist. Praised by The Guardian as “one of the best Messiaen interpreters around” Aimard has had a close association to the composer himself and with Yvonne Loriod, with whom he studied at the Paris Conservatoire.

In the 2021/22 season he continues to tour internationally working closely with leading orchestras and conductors. These include the Munich Philharmonic/Kent Nagano, the Philharmonia Orchestra/Pablo Heras-Casado, the Vienna Symphony Orchestra/David Afkham and the San Francisco Symphony Orchestra/Esa-Pekka Salonen, with whom he will record Béla Bartók’s Piano Concertos Nos. 1 and 3.

In recital and chamber projects, Aimard remains committed to championing contemporary composers, performing works this season by Klaus Ospald and Mark Andre. He will also give performances of Messiaen’s Vingt Regards at the Philharmonie de Paris and the Concertgebouw Amsterdam and collaborate with leading instrumentalists Mark Simpson and Jean-Guihen Queyras for trio recitals including works by Lachenmann at the Auditorio Nacional de Música and Elbphilharmonie.

Deemed an “extraordinary visionary” by the Washington Post and a pioneer artist renowned for his revelatory insights, Aimard was awarded the prestigious 2017 International Ernst von Siemens Music Prize in recognition of a life devoted to the service of music. That was no truer than in the 2020/21 season when Aimard created a unique and personal take on Beethoven’s legacy in a recital programme called ‘Beethoven the Avant-gardist’ developed in response to the composer’s 250th anniversary year. The juxtaposition of Viennese classics with compositions of the avant-garde revealed surprising cross-references, with Zachary Woolfe in the NY Times commenting “ [Mr Aimard’s] overarching agenda came through with clarity, attesting to the strength of his vision and the savvy of his juxtapositions.” Other highlights of the season included recitals in Paris for Bach’s Well Tempered Klavier, appearances at Kunstfestspiele Herrenhausen for Birtwistle’s Keyboard Engine for two pianos and the BBC Proms for Ravel’s Concerto in G Major alongside Sir George Benjamin and Mahler Chamber Orchestra.

Having recently released a new disc of Beethoven’s Hammerklavier Sonata and Eroica Variations for Pentatone to great critical acclaim, Aimard is also due to release a new recording of Visions de l’Amen with Tamara Stefanovich in 2022. Recent seasons have also included the release of Messiaen’s opus magnum Catalogue d’oiseaux for Pentatone, which was honoured with multiple awards including the prestigious German music critic’s award “Preis der Deutschen Schallplattenkritik.” Aimard has also performed the world premieres of piano works by Kurtág at Teatro alla Scala; Carter’s last piece Epigrams, which was written for him; Sir Harrison Birtwistle’s works Responses; Sweet disorder and the carefully careless and Keyboard Engine for two pianos which received its London premiere in autumn 2019.

An innovative curator and uniquely significant interpreter of piano repertoire from every age, Aimard has been invited to direct and perform in a number of residencies including most recently for Musikkollegium Winterthur where over the season he celebrated a number of different composers and opened with the complete cycle of Beethoven Piano Concertos. Elsewhere, he has performed ground-breaking projects at Porto’s Casa da Musica, New York’s Carnegie Hall and Lincoln Center, Konzerthaus Vienna, Alte Oper Frankfurt, Lucerne Festival, Mozarteum Salzburg, Cité de la Musique in Paris, Tanglewood Festival, the Edinburgh Festival, and was Artistic Director of the Aldeburgh Festival from 2009 to 2016.

Through his professorship at the Hochschule Köln as well as numerous series of concert lectures and workshops worldwide, Aimard sheds an inspiring light on music of all periods. He was previously an Associate Professor at the College de France, Paris and is a member of Bayerische Akademie der Schönen Künste. He will take up the position as Head of New Music at the Reina Sofía School, Madrid in autumn 2021. In spring 2020, he re-launched a major online resource Explore the Score, after several years work, which centres on the performance and teaching of Ligeti’s piano music in collaboration with the Klavier-Festival Ruhr. 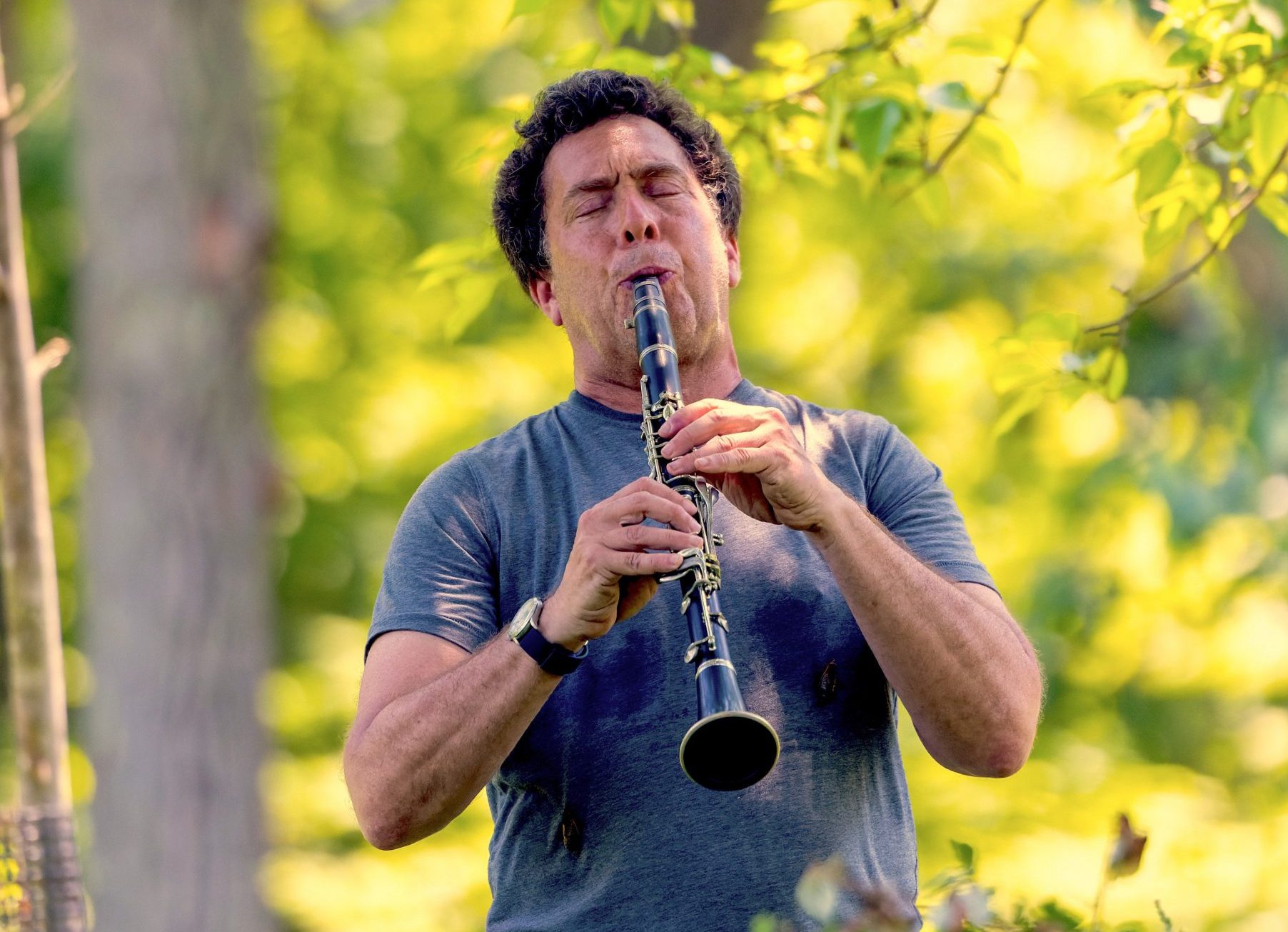 The philosopher and musician David Rothenberg has written and performed on the relationship between humanity and nature for many years. He is the author of Why Birds Sing, on making music with birds, also published in England, Italy, Spain, Taiwan, China, Korea, and Germany. It was turned into a feature length BBC TV documentary. His following book, Thousand Mile Song, is on making music with whales. It was turned into a film for French television. Further books include Bug Music on insects, and Nightingales in Berlin, on one very special species of bird and the humans who make music with them, which is subject to the independent documentary, Nightingales in Berlin.

As a composer and jazz clarinetist, Rothenberg has sixteen CDs out under his own name. He has performed or recorded with Pauline Oliveros, Peter Gabriel, Ray Phiri, Suzanne Vega, Scanner, Elliott Sharp, Umru, Iva Bittová, and the Karnataka College of Percussion.

Rothenberg is distinguished professor of philosophy and music at the New Jersey Institute of Technology.