The percussion star Martin Grubinger has described Friedrich Cerha’s percussion concerto, written for him by the then 80-year-old composer in 2007, as the most difficult work he has ever played. Now his protégé student Vivi Vassileva is taking on the virtuosic solo concerto. Once again, this young musician proves that she has long been playing at the very top of the premiere percussion league.

Vivi Vassileva is accompanied by the Polish National Radio Symphony Orchestra, which performs two rarely heard symphonic works first. Under the baton of the Swiss conductor Titus Engel, the acclaimed orchestra plays Alexander von Zemlinsky’s »Sinfonietta for Orchestra« – a colourful symbiosis of Gustav Mahler’s romanticism and modernist complexity. The musicians then perform a work by their fellow countryman Witold Lutosławski, who himself conducted the eminent Katowice Radio Orchestra on several occasions during his lifetime. (Text: Elbphilharmonie)

Vivi Vassileva discovered her affinity to percussion on a beach in Bulgaria. 13 Years old she won the first price at the nationwide award “Jugend Musiziert”. Studying with Martin Grubinger in the following years she got international awards like two ARD-Special-Awards for outstanding performance as youngest participant in the semi finals. Further she appears as a soloist with Orchestras and her ensembles.

With compositions by herself she was awarded the 1st Price of the “Kulturkreis Gasteig” 2016, followed by the “Bayerische Kunstfoerderpreis” 2017 and her debut at Berlin Philharmonie with her Percussion-Quartet. In 2019 Vivi played the world premiere of the Perussion-Concerto “Oraculum” written by the catalan composer Oriol Cruixent dedicated to her. 2020-2022 she was “Great Talent” at the “Konzerthaus” in Vienna In February 2022 she premiered the “RECYCLING CONCERTO” by G.A. Mayrhofer also dedicated to her, under the baton of Alexander Liebreich with the Wuertt.
Philharmonics Reutlingen in 5 performances. In February 2022 she debuted at the Essen Philharmonie highly acclaimed by the audience. As “Junge Wilde” in Dortmund 2022 until 2024 she will premiere a piece by Claas Krause written for her and her “Extasi-Ensemble”. 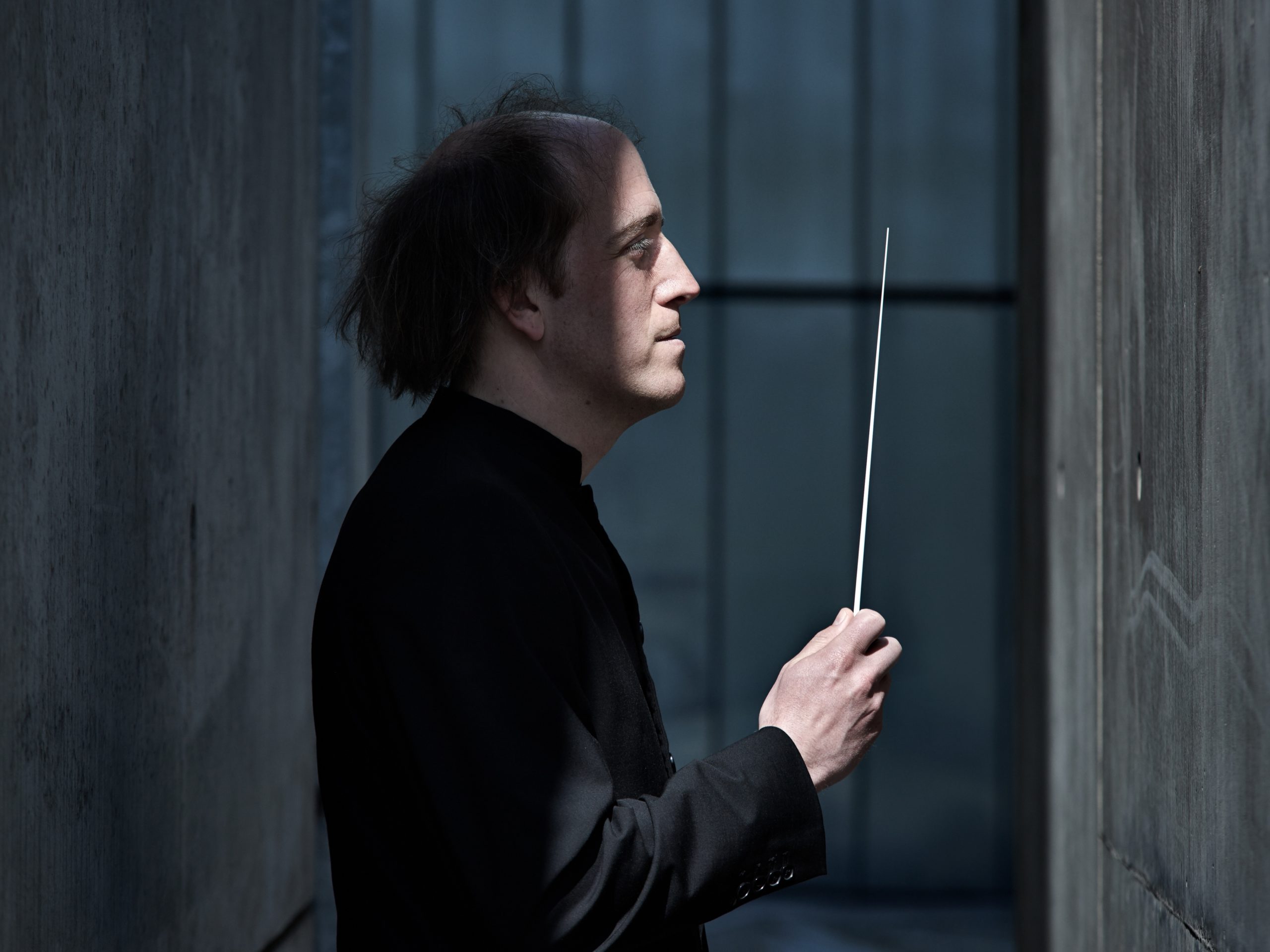 Thoroughly surprising and differentiated music emerged from the orchestra pit under the direction of Titus Engel: clear in tone, never too loud or coarse but always finely and sharply cut, and, in the chamber music accompanying figures in ‘Secondhand-Zeit’, both richly coloured and precisely executed. Die Deutsche Bühne, on BORIS in Stuttgart

In 2020 Titus Engel was named Conductor of the Year by Opernwelt magazine. With his comprehensive view of repertoire from a wide range of musical eras, he consistently grasps works in their multifaceted relationality. Respected for his expertise in the field of historical performance practice as well as for his precise conducting of complex contemporary projects, the Berlin-born Zurich native can also be seen regularly performing central works of opera literature – most recently he thrilled audiences with Lohengrin at the Tiroler Festspiele Erl. Always ready to break new ground in his exploration of staged concepts on the podium, he sees music theatre as a field of experimentation in which social utopias can flourish.

As of the 2023/24 season, he will take over as Principal Conductor of the Basel Sinfonietta. The Konzerthausorchester Berlin, Mozarteum Orchestra Salzburg, SWR Symphony Orchestra, WDR Symphony Orchestra, Philharmonia Orchestra, Slovenian Philharmonic Orchestra, Mahler Chamber Orchestra, as well as the Chamber Orchestras of Basel, Zurich, and Munich count among the many renowned orchestras Titus Engel has conducted. As a guest conductor he also regularly works with ensembles such as Ensemble Modern, Ensemble musikFabrik, Collegium Novum Zürich, Remix Ensemble, and Klangforum Wien, among others. 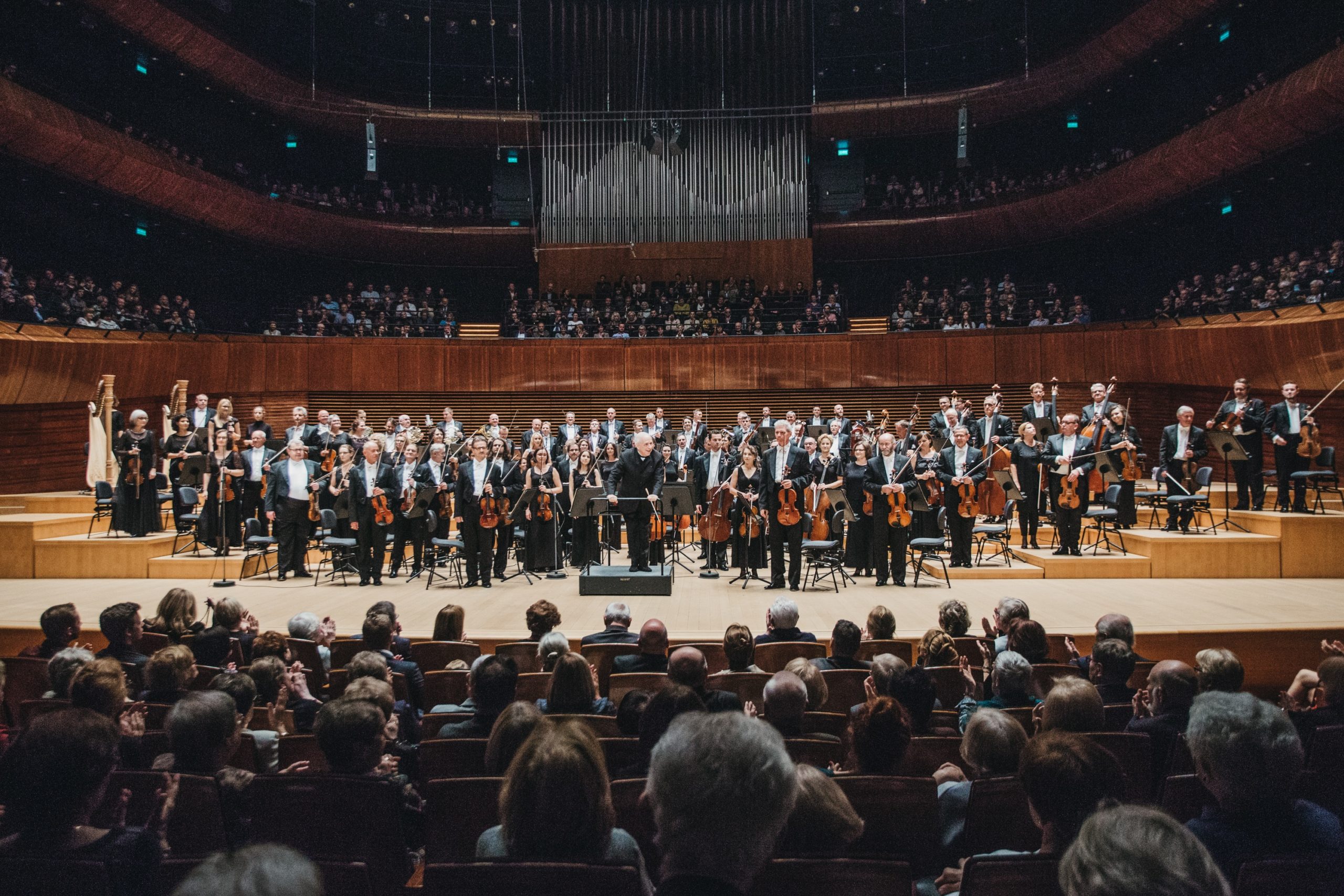 The Polish National Radio Symphony Orchestra in Katowice is one of the most important Polish symphony orchestras, as well as a versatile cultural institution.

The orchestra’s history dates back to 1935 and is inextricably linked with Grzegorz Fitelberg who was entrusted with the task of creating Poland’s first independent radio symphony orchestra. The ensemble made its debut on 2nd October 1935 and has been a constant presence on Polish Radio ever since. After World War II the orchestra was reactivated in Katowice and its reconstruction was entrusted to Witold Rowicki in 1945.

In the following decades the orchestra gradually strengthened its international reputation, performing in the most important concert halls of the world and collaborating with the greatest artists of our time, including Leonard Bernstein, Martha Argerich, Plácido Domingo and Arthur Rubinstein. The orchestra has premiered works by Witold Lutosławski, Wojciech Kilar, Henryk Mikołaj Górecki and Krzysztof Penderecki, among others, and NOSPR albums were released by prestigious labels. Over the years, the orchestra has been led by distinguished conductors including Jan Krenz, Kazimierz Kord, Tadeusz Strugała, Jerzy Maksymiuk, Antoni Wit, Gabriel Chmura, Jacek Kaspszyk and Alexander Liebreich. Today, the orchestra’s rich musical traditions are cultivated under the artistic direction of Lawrence Foster, with Ewa Bogusz-Moore serving as its General and Programme Director.

The permanent element of NOSPR’s identity, at each stage of its history, remained the relationship with technology. At the end of the 1960s, thanks to its artistic director at the time, Bohdan Wodiczko, the orchestra began a long-lasting cooperation with television, and nowadays the Internet plays an increasingly important role in building relations with the audience.

The residence of the Polish National Radio Symphony Orchestra is a modern building designed by the Konior Studio from Katowice, comprising a concert hall with 1800 seats, a chamber music hall and numerous workshop and educational spaces. The concert hall, with acoustics designed by Nagata Acoustics, has a reputation as one of the best concert halls in the world in terms of acoustics. In 2023 it will be enriched with a pipe organ, which will be one of the largest in European concert halls. The venue’s outstanding capabilities are widely recognized by audiences, artists and the music community. Proof of this is the fact that the NOSPR, as the only Polish and one of only two institutions in Central and Eastern Europe, has been admitted to the international ECHO organization, which brings together 21 of the most prestigious concert halls in Europe.